Pietro Trabucchi is a Sports Psychologist who, since the beginning of his career, has focused on sport performance; in particular, about the disciplines of endurance.

He was the Sports Psychologist for the Italian Olympic CrossCountry Ski Team in2006 Olympics in Torino (2 Gold medal), and for many years has been the psychologist of the National Italian Triathlon teams. He worked also withItalian Olympic Rowing Team for Rio 2016. Currently he dedicates his time to the National Italian Ultramarathon teams and helps numerous athletes with their endurance challenges.

Author of various books, he is also Professor at the University of Verona and collaborates with the Center for research in Bioengineering and Physical Education of Rovereto ( CERISM) as well as with the Institute of Sport Sciences of Rome. He has also taught workshops in motivation and stress management for various private companies.

He holds two degrees (despite his past as an unruly secondary school student), one in Psychology, and the other in Sociology. The influence of sociology in his work is seen in the importance he gives to environment, cultural factors and to habits in determining the mental structure of people.

Mountaineering enthusiast, he organized and trained expeditions aimed at achieving world records on the highest peaks in the world. He himself summiter of Mount Everest from the north face in 2005 with the "Everest Vitesse" expedition, and actively participated in various other expeditions (Elbrus, Aconcagua, Kilimanjiaro). In 2016 he organized the "Alaska Stress Challenge" scientific expedition with a climb to Denali, the highest peak in North America. In 2019 he completed Greenland crossing from west to east, using skies and pulling his pulka in 27 days, together with five companions of an international team focused on producing research on stress-management.

Passionate about trail running, he has run and completed 4 times both the Tor Des Geants and the PTL; as well as the Yukon Arctic and "Rock and Ice Ultra" in the Canadian Arctic. He runs when he can find time and loves both the theory and the practice of training. He lives in Valle d'Aosta with his two daughters, Beatrice and Martina who have chosen the path of professional sport.

He is not on any online social networks. Click here to find out why. 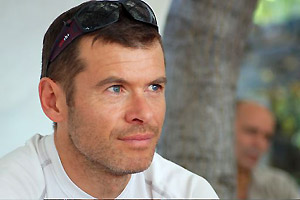